When you visit this website, it may store or retrieve information on your browser, mostly in the form of cookies. This information might be about you, your preferences or your device and is mostly used to make the website work as you expect it to. The information does not usually directly identify you, but it can give you a more personalized web experience. Because we respect your right to privacy, you can choose not to allow some types of cookies. Below is a list of different categories of cookies that may be set and that you can freely change. However, blocking some types of cookies may impact your experience of the site and the services we are able to offer.

Being a programmer at Bulkhead Interactive means having responsibility over your work and a flexibility in how you approach problems within a relaxed environment.

Apply for this job

We're currently looking for a Senior UE4 Programmer to join the team to work on our brand new ambitious innovative shooter! You'll be someone who is interested in competitive shooters has a background in systems and third party integrations.

Being a programmer at Bulkhead Interactive means having responsibility over your work and flexibility in how you approach problems within a relaxed environment.

The Programming team is a small, tightly-knit group of developers who act under a more indie mindset while striving to build the future of games. Our programmers tend to be multi-disciplinary developers who push the boundaries to deliver that goal. They create game systems, user interfaces, AI, networked gameplay, gameplay optimizations, audio systems, input systems and design tools.

Here's what you'll be doing:

Preferred Skills but not essential:

Apply for this job 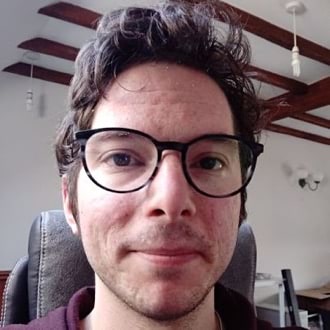 Bulkhead Interactive is an innovative, supportive and rewarding place to call pastures new. A place in which collaboration, inclusion and a genuine casual atmosphere make for the fundamentals in which we pride ourselves. With a range of experience within our teams, from veterans to industry newcomers alike, Bulkhead Interactive looks to pave the way as we build on a fast paced, engaging environment. A multitude of social events with food and drink provided by us, out of hours meetups, a top of the range open plan office with brilliant amenities and health plan are amongst a list of growing benefits to help us embolden our in house culture as we, Bulkhead Interactive look forward into 2020 and beyond.

If you have any questions, please contact our Talent Acquisition Manager 'Jordan' by emailing Jordan.Bateman@bulkheadinteractive.com